A solution for the WAC and Karl Benson

Share All sharing options for: A solution for the WAC and Karl Benson 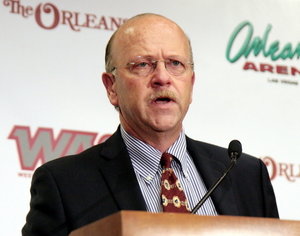 Let's just say the last couple months have strained the relationship between the WAC and Mountain West Conferences.  The two leagues that are always connected by their geography and their past have been creating secret "projects" and fighting over conference members for the last three months.

In 2011 Boise State will be joining the Mountain West and leaving the WAC while BYU heads to the WCC except for football while they'll be the sole member of the "BYU is #1 Conference".  Those two moves are set and each league can handle the loss of each school.

The tricky situation is with Fresno State and Nevada who are trying to ditch the sinking ship of the WAC in 2011, however WAC Commish Karl Benson is suing both schools to force them to stick around till 2012.  The reason Benson is so desperate to hold on to each institution is that the loss of Boise, Fresno State and Nevada all at once would leave the WAC with just six football members which is a no no according to the NCAA.

Obviously the WAC and Benson are not going to let either school leave without a fight.  And in this time of conference realignment this is a time for solutions not lawsuits.  Here is how both schools can work together and put the lawyers away.

The WAC needs to stay at eight schools for 2011 to keep the league together and the Mountain West really wants Nevada and Fresno State to join right away.  Here is the solution to make both conferences happy and solve the sticky situation.

Swap two Mountain West schools for Fresno State and Nevada and 2011, this way the WAC stays intact before adding new members in 2012 and the Mountain West adds two strong members a year early. 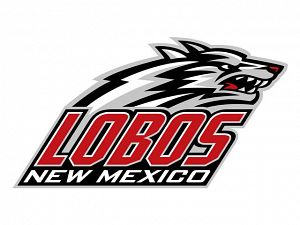 Why the WAC would want them: With the Lobos the WAC get an "up and coming" program headed by a fantastic coach in Mike Locksley.  Truly a great leader and inspiration, Locksley has been impressive as head coach during his 16 game tenure.  With instate rival New Mexico State already in the WAC you have a stranglehold on the Land of Enchantment and all the green chiles you an eat.

Downside for MWC:The Lobos are talented team in men's basketball and are were a high seed in the 2010 NCAA tournament.

Why the WAC would want them:The WAC has it's league offices in Denver.  You think a conference with a geographical footprint the size of Mongolia would want to have it's administrative offices close to at least one member school.  But inflated travel budgets are the norm for WAC schools so they might as well make Benson fly everywhere.  Last year the Rams beat Nevada so obviously they must be a better team, right?

Downside for MWC: Air Force and Wyoming would lose their rival for one year unless a scheduling swap was worked out so that the Bronze Boot could continue between the Rams and Cowboys.  Fort Collins is a pretty cool city, it would make teams from Moscow, Idaho and Ruston, LA jealous.

Both schools would rejoin the Mountain West in 2012 unless New Mexico is still awful.  Thanks for reading this and while I have your ear let me give you some ideas on a few other topics for the WAC.

Not sure if Benson is up on his urban slang but "Whack" isn't a great term to have associated with your conference.  It's all about marketing and you need to keep the kids interested so they'll buy your merchandise.

whack   (WAC) according to onlineslangdictionary.

To better represent the geography and quality of schools in the WAC I suggest change the name to the Snow Belt Conference or SBC.  Another name that could be more uplifting is Super Athletic Conference or SAC. You decide which one works better for you but both are a step up from WAC.

EXPANSION OF THE WAC

Obviously my proposal is a only year solution and new members will need to be added in order to sustain the conference in the future.  Texas State and UT-San Antonio are knocking down your door but I've got a couple other options that you may want to explore.

With the loss of Boise State you lost your stranglehold on brightly colored football fields.  If the smurf turf and the marketing gimic for your Thursday night broadcasts you need the next best thing.  Eastern Washington has debuted their red turf field nicknamed the "Inferno".  Nothing would be more pleasing to the eye than three hours of retina searing television played on lava.  As an added bonus Cheney, WA is close to the Idaho Vandals and the Eagles are the second best team in the State of Washington and could take down Washington State. 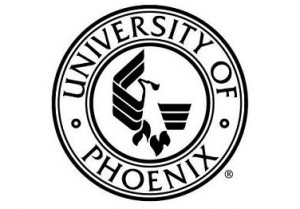 Since your listening to UT-San Antonio as a member and they don't even have a football team yet I've got an even better option.  Forget the Alamo Dome when you can have the University of Phoenix Stadium a $455M engineering phenomenon that the Arizona Cardinals only use eight times a year.  With an enrollment of over 400,000 I'm sure the U. of Phoenix can find a few solid athletes and scrape together a team.

With the name change and addition of these two schools I have no doubt Karl Benson and his conference will enjoy a great period of success.  Trust me Karl everything is going to be fine.  Any other solutions or ideas you have for the WAC, post them below.