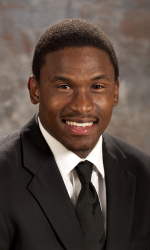 Breaking news out of Wyoming indicates that four football players were involved in one car accident at 5:27 am this morning.  The University of Wyoming Football team has cancelled their weekly Monday press conference and the Athletic department should be releasing a statement this afternoon.

The vehicle was a 2005 Toyota Tundra and the Colorado State Patrol confirmed that one of the four passengers died but would not confirm any of the passengers were UW students or student athletes.

Early reports from KGWN in Cheyenne indicate that freshman LB Ruben Narcisse of Miami, FL was killed in the accident.  Freshman WR CJ Morgan was also involved in the car as well as two walk on's.

One source says no alcohol was involved and that the Wyoming football team had a team meeting with counselors early this afternoon. The source also says two of the passengers were okay, and that a third was airlifted and may lose an arm.


The Accident took place on Highway 287 that runs from Fort Collins, CO to Laramie and is shortcut that drivers use when they want to avoid I-25.  The road is a twisty one that is very scenic but can also be very dangerous for drivers.  Two lane most of the way drivers make poor decisions when passing other vehicles on a road where conditions can change quickly.

Image courtesy of the Coloradoan

This is a truly tragic event for the family of Ruben Narcisee and his family.  After only being on campus for a month this is travesty to happen to a young man with so much in not just football but also his life after school.

Update - The University of Wyoming has now released a statement detailing the accident.

One University of Wyoming student was killed and three were injured Monday when the vehicle they were in went off Highway 287 in Colorado shortly before 5:30 a.m.

The four were in a Toyota Tundra pickup traveling north approximately six miles south of the Wyoming state line when the driver of the vehicle apparently fell asleep at the wheel, according to the Colorado State Patrol. Colorado State Patrol spokesman Sgt. John Hahn said there is no evidence that drugs or alcohol were a factor in the crash.

Narcisse and Morgan were taken to the Medical Center of the Rockies in Loveland, Colo. Morgan remains in the hospital there in fair condition.

Quinlan and Fox were taken to Ivinson Memorial Hospital, in Laramie, Wyo., where they were treated and released.

All students involved in the accident are on the UW football team.

"The loss of any student saddens us immeasurably," UW President Tom Buchanan says. "My condolences go out to Ruben’s family and friends. The entire university community grieves his loss."

"Our thoughts and prayers go out to Ruben’s family," Athletics Director Tom Burman said. "Our thoughts are also with the students who were involved in the accident and their families as well. Sadly, this athletics department has experienced this kind of loss before, and we know how difficult it is for all involved."

Counseling support is being offered by University Counseling Center professionals, who are available to speak to team members and coaching staff, as well as any UW student who seeks counseling support.

"We’re reaching out to our entire team and coaching staff," Coach Dave Christensen said. "It’s a terrible tragedy, and a terrible loss. Our focus now is helping our team and staff deal with this tragedy and making sure the families of the young men involved know that we are here to support them in any way we can."

This event happens just short of 9 years from another tragic accident that killed eight Wyoming Cross Country runners on the same stretch of road.  These events are never expected and never easy to handle.  Our thoughts are with family of all the players involved especially Ruben Narcisse.