Share All sharing options for: C Lekan Ajayi visited Wyoming over the Weekend 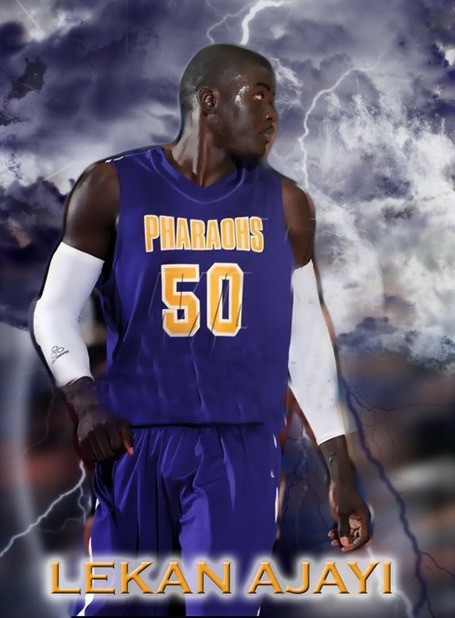 Larry Shyatt and company were busy over the weekend and it put to good use.  Two coaches were on the recruiting trail while one stayed home and met with a big recruit.  The official visit came from C Lekan Ajayi out of Quality Education Academy in Winston Salem, NC.  Ajayi stands 6-10 235 and is a very strong defender according to ESPN.

Strengths:
Ajayi is a strong, physical and very athletic post player. His defense is far ahead of his offense although he runs the floor extremely well and can finish above the rim when he has a clear path and from drop off passes created by dribble penetration. He will hit an occasional shot over his left shoulder in the low post or deep in the lane but he is very raw on the offensive end. Ajayi rebounds at rim level on both ends and changes the shots he does not block on or away from the ball. Ajayi also is athletic enough to defend both post positions.

According to MaxPreps he averaged 9.5 points, 15.5 rebound and 2.3 blocks.  That comes from the games that they have stats listed on their site so the actual figure may be slightly different.  Wyoming has a huge need for some inside with the graduation of Djibril Thiam and the fact that Adam Waddell is a senior.

If Ajayi committed to Wyoming he could enjoy solid minutes right away as a freshman and then move into a starting role as a sophomore.  The other schools he is considering are: Tennessee, Seton Hall and Loyola Marymount.  If Wyoming can land him it would be a huge signing for Coach Shyatt and his staff.  The positive thing is they are competing with larger programs for quality players.