Coach Shyatt and company hit the recruiting trail heavily when they first landed in Laramie.  They are already have the first member of the recruiting class in Tyrone Marshall who signed on Monday.  A group of other recruits have visited Wyoming and very close to making decisions.  There are plenty of spots to fill and each recruit would fill a vital role.

There may be other athletes that are considering Wyoming right now but these are three that we know have visited are seriously looking at becoming a Poke. 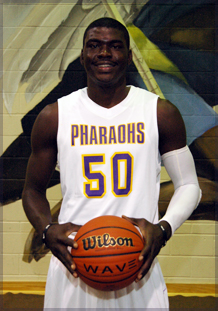 Depending on what article you read Ajayi is either strongly considering Wyoming or looking completely elsewhere.  The only person that really knows is Ajayi and he is expected to make a decision as soon as this week.  This article from Rivals has his top choices as: Loyola Marymount, Missouri and Auburn.   Meanwhile here we have an article where states his top two are Loyola Marymount and Wyoming.

Obviously the second article sounds like news that Poke fans want to hear.  Ajayi would be a great signing for the team and fill the huge gap at center after Adam Waddell leaves next year. 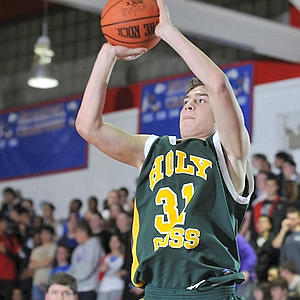 The SG from New York had a long path to finally getting a D1 offer and it came from Wyoming.  He visited Laramie last week and Scott Duncan visited his home earlier this week.  Conti picked up a late offer from Quinnipiac and will take an official visit there.  After that visit is completed Conti will sit down with his family and make a decision.

Geography favors the Connecticut based Quinnipiac but he has been sitting in their backyard and they never offered until now.  Hopefully the visit with Wyoming and the chance to build a program will convince Conti to head West. 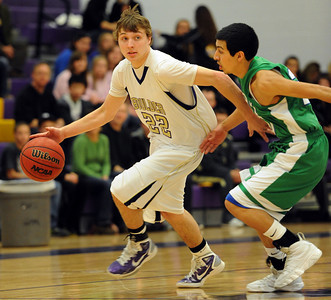 The Colorado product wasn't interested in Wyoming till Shyatt came to town.  He visited Laramie last week and was ready to commit on the spot.  He has an offer from Western Kentucky and wanted to visited Bowling Green first before making a choice.

Geography is working in the Cowboys favor here.  Also the Pokes just added Allen Edwards to the staff who was just at WKU.  Wyoming needs depth at PG and JayDee Luster is heading into his senior year.