If the University of Wyoming was a publicly traded company the start of April would mean the bean counters would have to start working on the first quarter report to share with investors and analysts.  That report would have shown lots of positives and negatives for some of it's core sectors.  There would also be several changes in leadership noted that were made in order to restructure the corporation and make it more aggressive in ailing departments.

The were plenty of assets gained and lost during Q1 but Wyoming is positive about the direction it is heading.  In other good news widget production was up 14% compared to the first quarter of 2010.  Let's take a look back at the last three months and remember the highs and lows that kicked off 2011 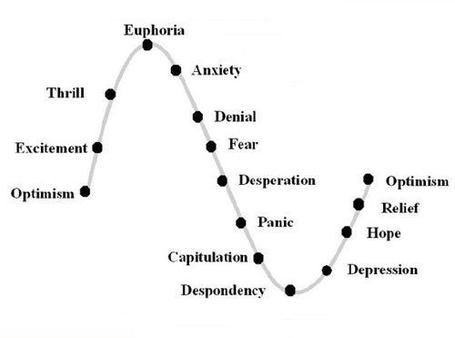 Here is the timeline of the big moments in the last three months.

JANUARY 1st - New Years Day.  A new year and everything is fine. Then excrement starts to hit the fan...

JANUARY 7th - The University announces that three football players are no longer enrolled at Wyoming: SS Shamiel Gary, K Ian Watts and TE David Tooley.  Gary was a two year starter at safety and he ends up transferring closer to home and enrolls at Oklahoma State.  Watts failed to meet academic standards which is a first for a kicker.  Tooley was suspended last season and didn't play at all.  Losing two starters is a big shock and very rough way for Wyoming fans to start 2011.

JANUARY 10th - In a shocking yet somewhat unsurprising move Wyoming QB Austyn Carta-Samuels announces he is leaving Laramie and will spend next semester at a Junior College.  There were rumors he was unhappy that had floated around for several months and he never spoke with the media following the Border War victory.  He notifies Coach Christensen via text message of his decision.  They met back in December and seem to have resolved some issues but that apparently wasn't the case.  No remaining QB on the roster has any game experience and shock sets in Poke fans.

JANUARY 11th - Defensive line coach Jerry Montgomery leaves to join the staff at Indiana.  Actually Montgomery has a cup of coffee in Bloomington and moves to Ann Arbor a couple weeks later to join Brady Hoke who was hired to replace Rich Rodriguez.  There were plenty of great reports about Montgomery and the job he did during his two years in Laramie.

Wyoming fans are depressed for the next twenty days as they wait for January to end.  This was a really crappy month.  Nothing good happened.. seriously.

FEBRUARY 2nd - With the start of a new month there is also plenty of new blood for the Wyoming Cowboys football team.  The 2011 recruiting class consists of 24 members and two QB's that are highly ranked and will have a shot at the starting job right away.   Brett Smith enrolls right away and will compete in spring ball while Adam Pittser will join the comptetion in the Fall.  This is the highest rated recruiting class for Wyoming since Rivals started rating classes with Pittser and Eddie Yarbrough earning three star ratings and almost four.

FEBRUARY 4th - Coach Christensen names Gregg Brandon the offensive coordinator after Marcus Arroyo heads to Cal to be a QB coach.  With the experienced Brandon on board Poke fans rejoice the hire of a quality hire OC.  Brandon led Bowling Green to great achievements as their head coach for years and learned the spread offense from Urban Meyer.

FEBRUARY 7th - Heath Schroyer is fired with five weeks remaining in the schedule.  He will be paid  $160,000 for the next three years that remained on his contract.  Assistant coach Fred Langley is named interim coach while a search committee is formed to find a new coach.

FEBRUARY 12th - Fred Langley gets the Cowboys their first win in a month; a 77-76 win over TCU.  I witness the game in person so it must have really happened.

FEBRUARY 15th - Steve Fisher of San Diego State goes off during the weekly MWC coaches teleconference calling the firing of Heath Schroyer midseason "inexcusable".  Why is it ok to fire football coaches but not basketball coaches.  We defended the decision.

FEBRUARY 22nd - The "Cowboy Cribs" video series debuts and it features the amazing loft of Nick Carlson and Justin Leonard.

Much more positive tone to February with fans finally seeing Schroyer fired which they had been demanding for over a year.

MARCH 22nd - Wyoming fans take to tracking UW officials as they fly around the country interviewing candidates for the basketball opening.  This makes Tom Burman put on his angry face.

MARCH 23rd - Wyoming Cowgirls advance to the third round of the WNIT but fall to Colorado 72-58.  Still a fantastic season by Coach Joe Legerski and the team.

MARCH 28th - No new coach named yet but the list of candidates is getting shorter.  Cowboys fans are ready to dying a coaching search that has lasted over 50 days.

MARCH 31st - Wyoming hires Larry Shyatt as the 21st (18th*) mens basketball coach in Wyoming history to boost their end of quarter results and avoid any April Fools headlines.  Tom Burman completed his goal of having the hire done before the Final four. With a successor to Heath Schroyer finally in place Wyoming fans can sleep easier at night.

The next three quarters will be used to evaluate how Shyatt can do in his return to Laramie.   This concludes the report on the first quarter of Wyoming Athletics.