The world of college football uniforms is always expanding.

Share All sharing options for: Imagining A New Alternative Uniform For Wyoming

Wyoming has certainly been a part of that trend with new uniforms introduced each of the last three years.

Last year I had an idea after watching Maryland debut it's new Under Armour uniforms based on the state flag. The state pride in that design is evident as the Terps reference it in many of their new uniforms. However most of those combinations are all sorts of awful. The one's pictured above are particularly terrible.

Still I was wondering what the Cowboys could do with a Wyoming flag based uniform. The Wyoming State flag is a classic and iconic design that is much more conducive to to be used in a uniform. Cowboy fans love the Steamboat logo and it also is an image that represents the University and the state. 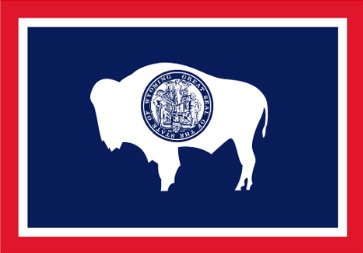 If Wyoming were to ever have a uniform without the Steamboat logo I think the the state flag would be an approriate way to go. Unfortunately I have no design ability. Luckily I know someone that does. So I contacted UW studentJT Cattelan who loves designing college football uniforms. He also goes by the online handle WyoPokes2.

Well JT was up to the challenge and did a great job of bringing my idea to life. Here is the first design with the traditional brown and gold utilized. He went with a split color helmet with the state flag on one side and Steamboat on the other. The Steamboat also features the state logo as was worn in the Border War last year.

The actual helmet could be this design or with the bison on both sides with a brown helmet. I think all brown helmet would look great. He added the 44th logo since Wyoming was the 44th state to join the union,

I imagine these uniforms would be worn in the year of a significant anniversary for Wyoming. The 125th anniversary of Wyoming becoming a state is coming up in 2015. The Border War would be an ideal game to break out these new threads. 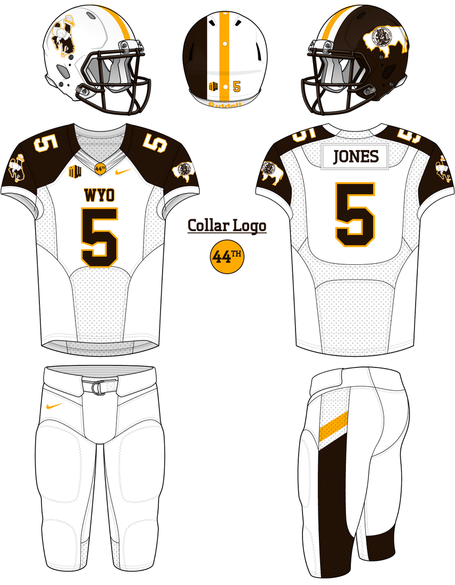 To fully embrace the flag concept JT also designed a red, white and blue design. No or brown or gold at all. I certainly think that schools should stick with their traditional school colors for uniforms. However if Wyoming were to wear a uniform without those colors, the flag design would be perfect.

I think it is a great way for the only four year university to represent the state. 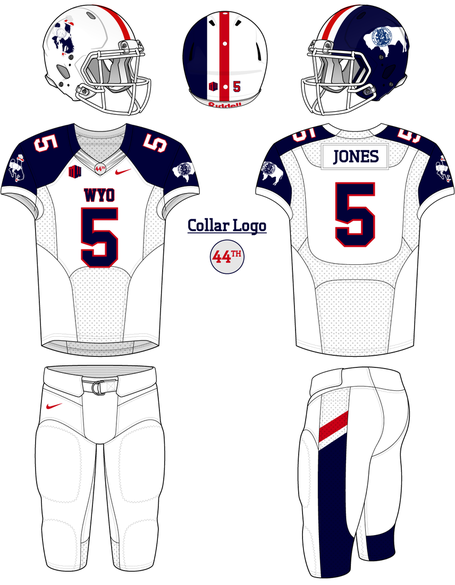 Obviously there is a very small chance that a we would ever see a similar design actually hit the field. Still having JT help bring this idea of mine to life is really exciting.

Let me your thoughts on this uniform. Would you be opposed to not having Steamboat appear? What about the Brown and Gold?