Share All sharing options for: Wyoming To Debut Digital Camo Uniforms This Weekend

The big uniform news for the Cowboys this summer was team's first camo uniform. It features a digital camo on the shoulders, Steamboat logo and two stripes on the leg. This is definitely the most controversial uniform that Nike has designed for the Cowboys. The new uniforms got a very mixed response and several outlets called them among the worst of the new uniforms this year.

There was no initial announcement of when the new uniforms would actually be worn. It figured the game with Air Force would make the most sense and we were right.

I don't mind the camo, the gray is honestly what throws me off. It is such a light gray and it will be strange to have the home team wearing such light uniforms. Interested to see the Falcons wear this weekend. They've grown quite the collection of uniforms of the last three years.

It is also Military Appreciation Day at War Memorial. With the way this season has gone, the team can wear pink and purple as long it means they get a victory.

Remember you can tune into Root Sports to view these new threads in all their glory. 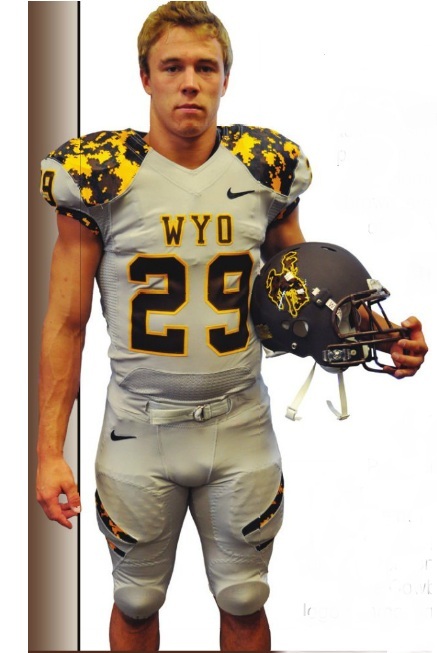