NFL teams looking for a running back in the draft will have plenty of options to choose from this year. There aren't a lot of backs that will go in the first round but the depth of the running back class is impressive. Most of the focus is on running backs from AQ conferences. However you can look at smaller schools to find yourself a quality back in perhaps that can give you the same productivity.

Here we'll take a look at some of the available running backs from the Mountain West, WAC, MAC and Sun Belt for the 2012 NFL Draft.

We've included each players NFL Draft Grade to help project where they may end up. Here is how their grade system applies to the draft.

The "Muscle Hamster" is likely the second running back off the board after Trent Richardson. Projected to be either a late first round or early second round selection. A very strong runner with a low center of gravity makes Martin very hard to bring down. A strong inside runner that is also an excellent blocker. 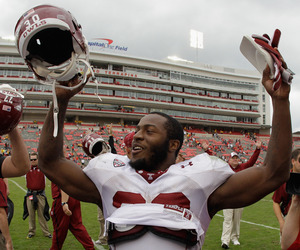 The strong runner was a key part of the Owl's running attack the last three years. He does have injury concerns but is a very strong inside runner. Likely to be drafted on the second day of the draft. 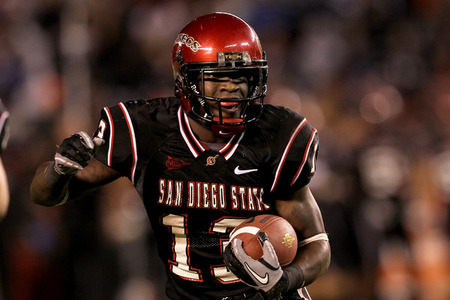 I view Hillman as a similar player to LaMichael James but for a much lower price. Both rely on speed and quickness and put up amazing stats. Hillman just did his thing on a smaller stage in San Diego.

Strengths: A two-year sensation for San Diego State. Has good quickness and speed when there is an open lane. Elusive in the open field and routinely makes tacklers miss. Good hands in the pass game. Like a poor man's Jamaal Charles, if he's willing to put in the effort to get better.

Weaknesses: Dances around behind the line of scrimmage too much. Won’t be able to run between the tackles in the NFL like he did in college. Has fumble issues. Slight fame. Will likely have to start his pro career in a situational and special teams roles. Below-average and inexperienced as a blocker. 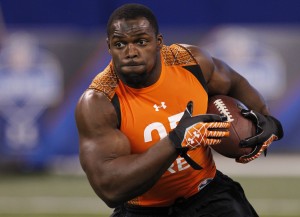 If you are looking for a bruising running back then Turbin is your guy. Teams that missed out on Bernard Pierce will be very happy to find Turbin available in a later round.

The top running back in the Sun Belt for 2011. Guided the HillToppers to a 7-5 record, their first ever winning record in the FBS ranks.

Strengths: Despite his size, Rainey can handle a big work load and is a tough runner. Showed good elusiveness in the open field. Because of his receiving ability, is at least a third down back. Patient behind the line and waits for his blocks to set up. No injury concerns.

Weaknesses: May not have great deep speed and is more quick than fast. Doesn’t break a lot of tackles once the defender gets a hand on him. A liability at times in pass blocking. Finished his career at Western Kentucky after accumulating more than 1,000 carries.

The former Tennessee Volunteer has found success in the WAC. He was was healthier as junior and finished with 1181 yards and 10 scores in 2010.

Strengths: Creer has a good burst through traffic between the tackles. Nice size for a running back. More elusive in the open field than his size would suggest. Solid receiver on check downs. Above-average as a pass blocker.

Weaknesses: Isn’t overly fast and won’t break many big runs. Doesn't run with good pad level, which negates his natural strength. Struggles to break tackles and needs to be a tougher runner. Sat out 2009 season after transferring from Tennessee. 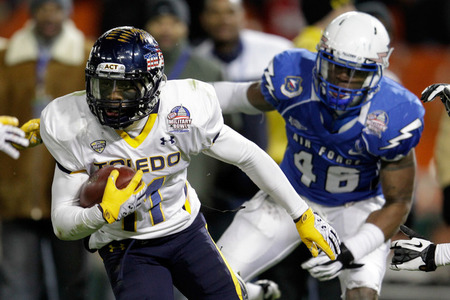 A smaller elusive back who is looking to make it in the NFL as a "change of pace" back. Finished his career with back to back 1000 yard seasons at Toledo. MACtion won't be the same without Thomas suiting up for the Rockets. 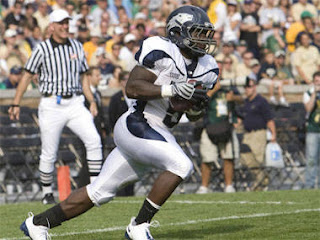 Bell was kicked off the team for a violation of team rules this year as a junior. Instead of trying to play elsewhere, Ball is going to try and make it as a pro. Was invited to the NFL combine but didn't make a huge impression. Only started five games as a junior. 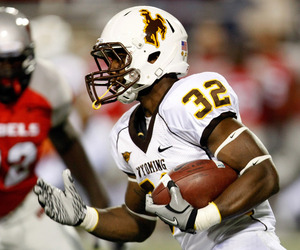 The leader of the Cowboy running back rotation decided to forgo his senior season in hopes of helping his family. An all purpose back that played in all 38 games during his career at Wyoming. Has had some nice workouts and pro day performances while preparing for the draft. Has 27 rushing touchdowns in his three year career. 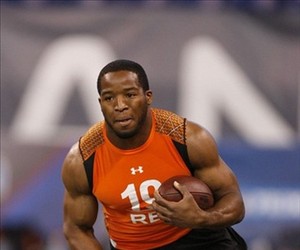 The Florida Atlantic all-time leader in rushing yards, rushing touchdowns, total touchdowns and all-purpose yards. Morris was a three starter for the Owls. Morris was the lone brightspot on the 1-11 final season for Howard Schnellenberger. The Chiefs have shown in interest in Morris lately. 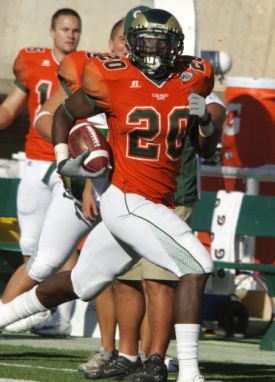 Carter didn't become a starter for the Rams till the seventh game of this senior year. Will likely be trying to catch on with a team after the draft. He originally signed with UCLA before transferring to Colorado State.