New coach prefers to focus on football over fashion.

Share All sharing options for: Wyoming To Simplify Uniform Options Under Coach Bohl

At last Saturday's basketball game there was plenty of halftime entertainment.  The always adorable baby races had their thunder stolen by an appearance of new football coach Craig Bohl who gave a brief but rousing speech to the fans in the AA.

Luckily Robert Gagliardi captured this speech on video, so you can pretend that you were there in attendance.  Check this out:

The first thing I kept noticing in this video is that Coach Bohl still has some hair on the back of his head.  I thought he was rocking a complete cue ball look.  As a fellow suffer of male pattern baldness, I feel his pain.  He rocks it though.

Back to business, the biggest statement Bohl makes is "We will wear brown and gold, and the days of these other colors are over!!!".  That doesn't necessarily mean a ton of change is taking place.  While Wyoming had plenty of uniform combinations - the majority them utilized brown and gold.  The camouflage uniforms were the only ones that utilized a non-school color.  I'm honestly not sad to see those go and I don't think I'm alone.  The whole "Howdy Doody" incident seemed to taint those uniforms.

It took several years, but Wyoming now has all of their Nike uniforms that match with: brown, gold and white options for jerseys, helmets and pants.  Those all utilize school colors and could still technically be worn.  At North Dakota State the Bison only had one helmet, and a uniform for home and road.  FCS schools don't typically  have multiple uniform options due to their smaller budgets.  So it remains to be seen if Wyoming will go the same route.

If Wyoming does keep some of their alternate uniforms, I would certainly expect them to be utilized far less.  For the Border War, it is great having the Steamboat with the state flag design.  That is something means a lot to the fans and people of Wyoming. 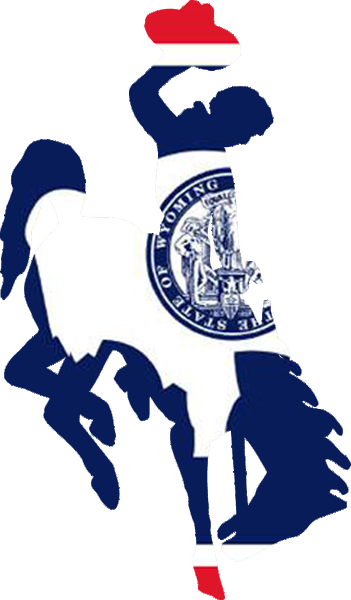 In watching the Senior Bowl footage this week, I noticed that Robert Herron chose to wear the gold jersey and the helmet with the gold Steamboat.  That was also was one of my favorite uniforms.  Also been a big fan of the brown helmet.  All of those utilize the school colors, so I hope they are considered.  Winning football games is more important than which uniform combination is being worn. Still I'd like to have my cake and eat it too.

What do you think the Pokes should wear?